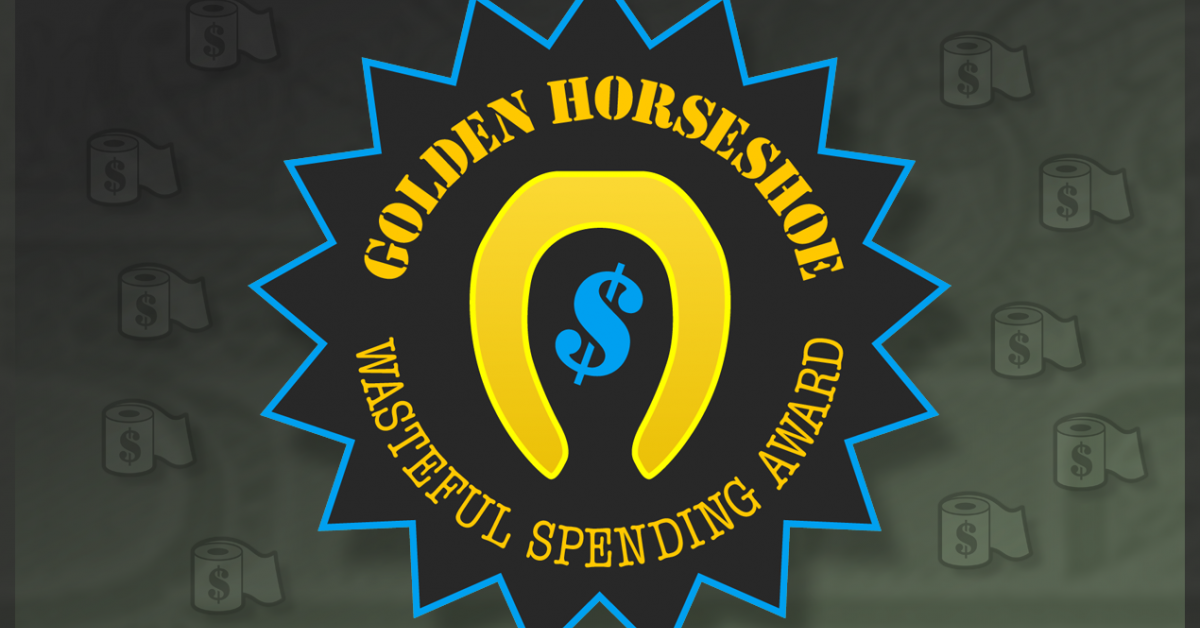 The Golden Horseshoe is a weekly designation from Just the News intended to highlight egregious examples of wasteful taxpayer spending by the government. The award is named for the horseshoe-shaped toilet seats for military airplanes that cost the Pentagon a whopping $640 each back in the 1980s.

This week, our award is going to the Department of Health and Human Services for allocating upwards of $200,000 toward research dedicated to the alcohol consumption patterns of non-heterosexual, female Facebook users.

Between the years of 2018-2020, the National Institutes of Health (NIH), a division of the Department of Health and Human Services (HHS), funneled $210,776 to a research group at Loyola Marymount University in Los Angeles, Calif., whose aim was to examine “an innovative gamified personalized normative feedback (PNF) intervention to reduce drinking among members of a local sexual minority women community found to frequent Facebook,” according to description of the grant.

Loyola Marymount University (LMU), a private, Roman Catholic institution of higher learning that overlooks the scenic hills of Playa Vista and has a half-billion dollar endowment at its disposal, is tapping the United States Teasury to delve into the research field of non-straight female imbibers who frequent the Facebook community.

The project, which is being overseen by LMU professor of Psychology Joseph LaBrie, posits: “Sexual minority women in the United States are more likely to drink alcohol, engage in heavy drinking, and experience alcohol-related problems than are heterosexual women. Yet, to date, no evidence-based intervention or prevention efforts have been developed to reduce alcohol consumption in female sexual minority community settings.”

The HHS-funded experiment will consist primarily of an “inviting, Facebook-connected, social game” that plays on “harmful sexual minority female stereotypes.” Multiple rounds of said game will, in theory, help researchers account for the discrepancy between the drinking habits of straight and non-straight women. The game is designed to focus on “sexual minority stereotypes which incorporates users’ Facebook photos to increase believability and a point-based reward system to increase motivation and engagement.”

The use of Facebook in the experience is designed to create an approachable format for the experiment, given the research teams’ hypothesis that non-heterosexual over-imbibers are less likely to seek help for their over-consumption issues than other identity groups.

To think, for just a little more cash than the government authorized for this experiment, a private citizen could send his or her child to LMU to witness (or even participate in) this type of groundbreaking, taxpayer-funded research.

McHenry: Democrat Anti-China Bill Does Nothing to Combat Rise of China